Edward Vesala, a drummer from Finland who has released several albums on Japo and FMP, released his first featured album on ECM in 1977. Although the members of the band vary from song to song, the lineup includes some of Scandinavia’s most talented musicians, including Tomasz Stanko, Terje Rypdal and Palle Danielsson. The long A1 is an abstract and spiritual masterpiece with mantra-like sounds, while the festive melodies of A2 and B1 are ear-grabbing, and the beautiful string sounds of B3 add to Edward Vesala’s skill as a composer/arranger. (SH) 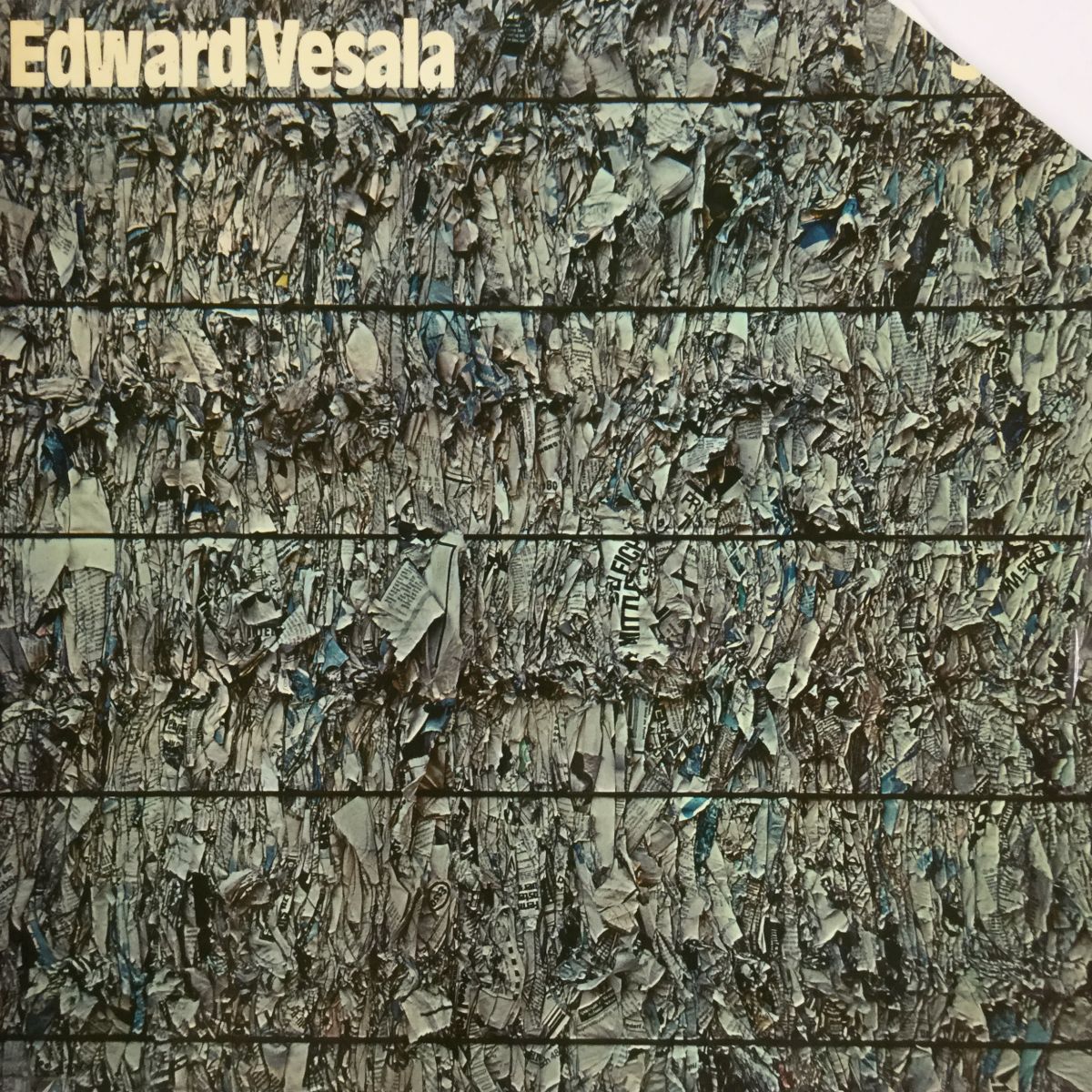 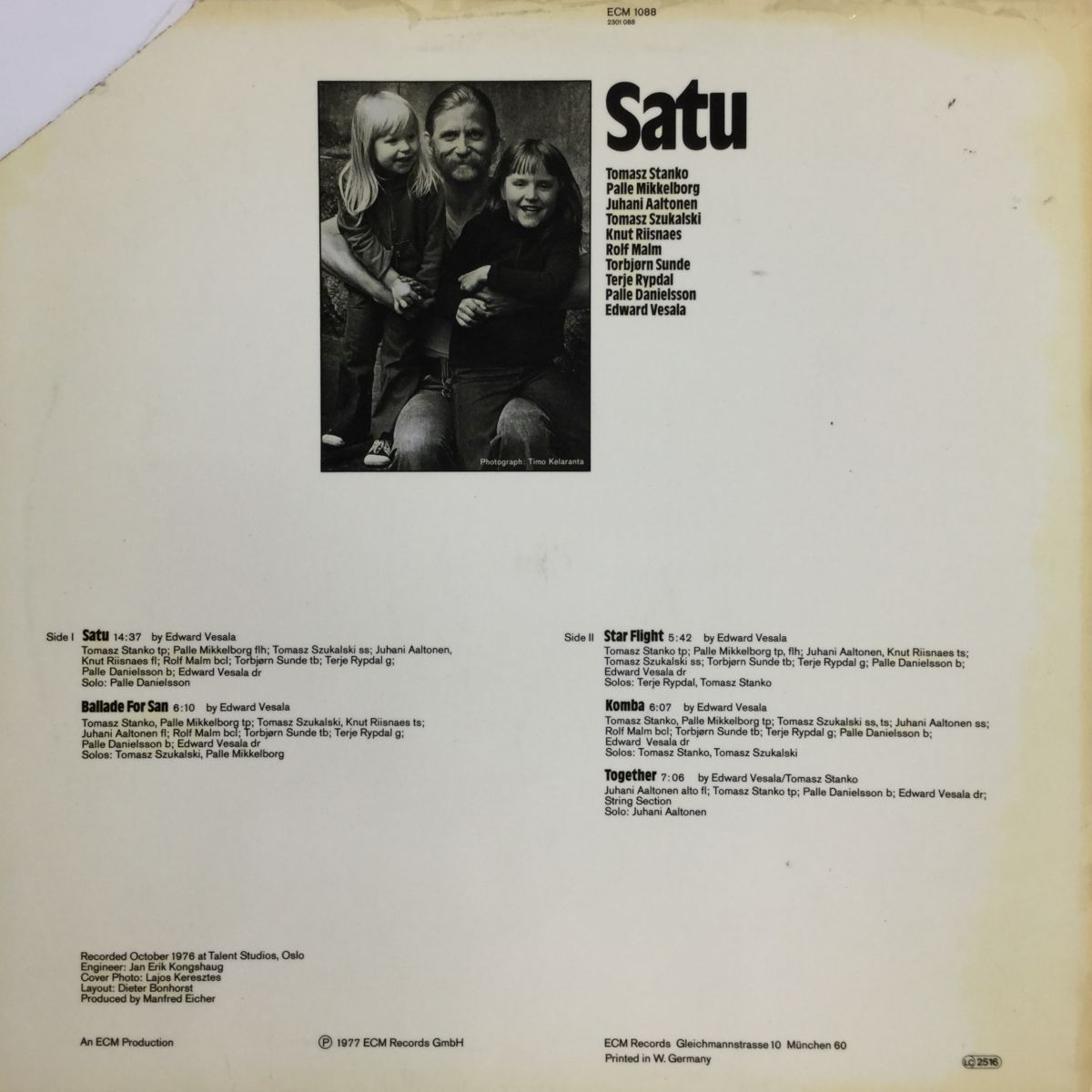 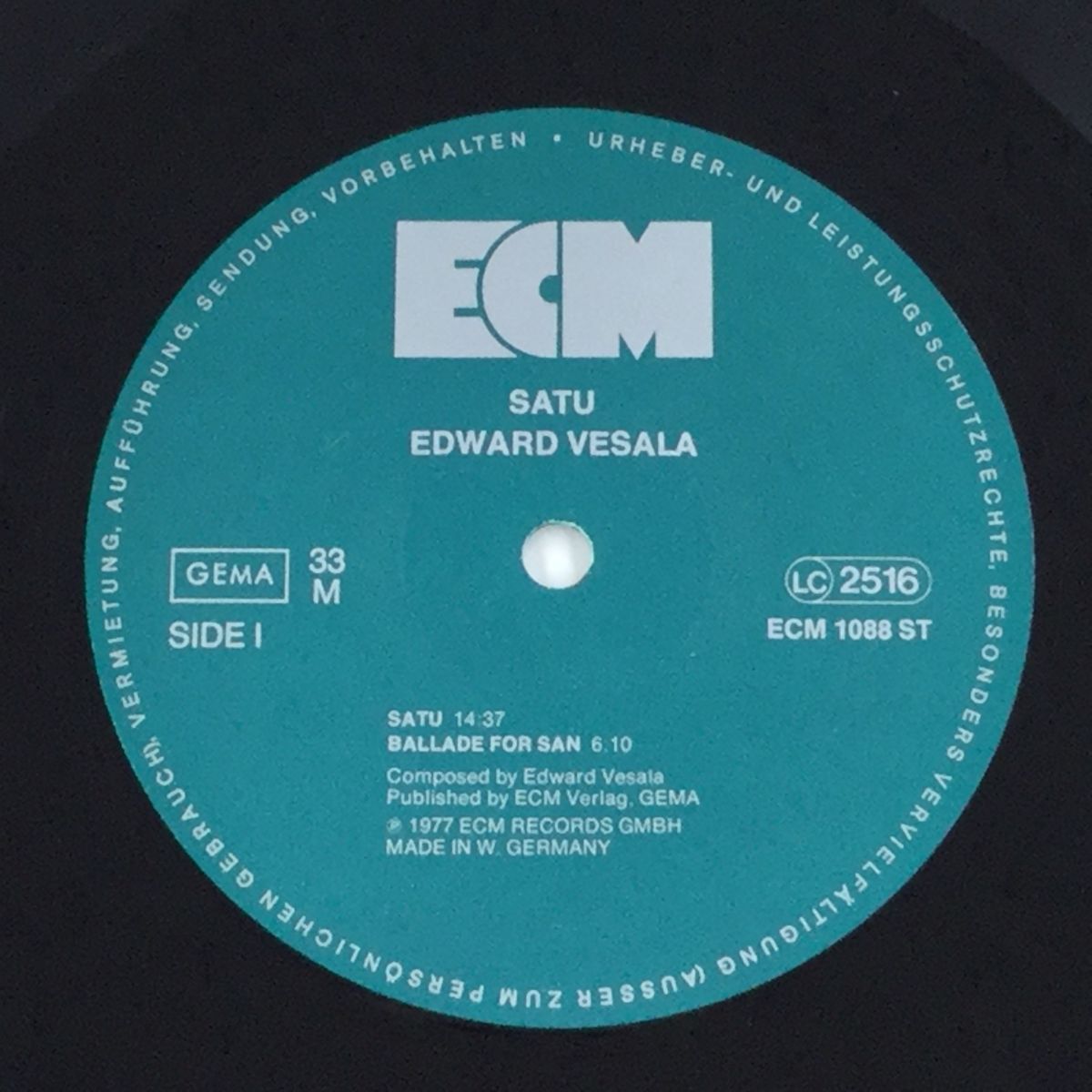 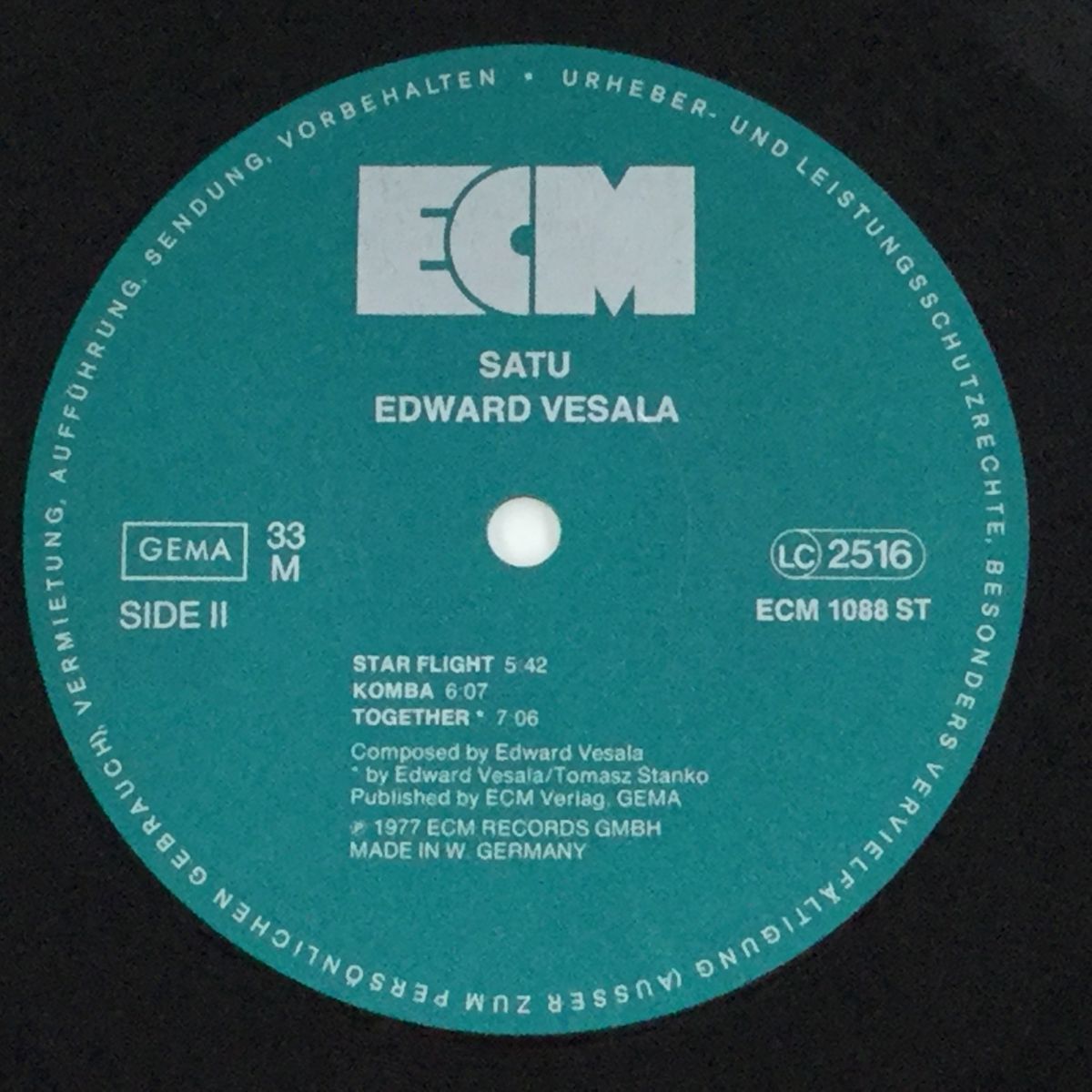